As In The Days of Noah 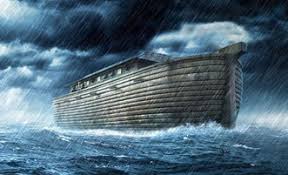 I recently traveled to Kentucky with some friends to see the Ark Encounter. Yes, we were fascinated by its size and overall quality, and we’d all highly recommend your seeing it. Worth the money, worth the time, but the message I received was a turning point in my Christian walk. The Bible says in Matthew 24:7, as in the days of Noah, so shall the coming of the Son of Man be. Well, for us to know what the coming of the Son of Man will be like, we need to take a look at what the days of Noah were like.

Not long after the creation of the world (Genesis 6), the people of the earth had become corrupt and filled with violence and all manner of evil. I’d say our world is all those things at this moment. Corrupt. Filled with violence and all manner of evil. In Noah’s day, and I’m sure now as well, God’s heart was grieved, so he decided he would destroy man with the earth. But not every man. There was only one who found grace in the eyes of the Lord. The Bible says Noah walked with God and that he was a man totally surrendered and faithful to Him. It was him and his family that God chose to save. I would highly recommend reading the fascinating account in Genesis 6-8.

What was the world like in the days of Noah? Well, the Bible says people were eating and drinking, marrying and giving in marriage until the day Noah entered the ark. First of all, it had never rained, so from the moment he began construction on the huge project, people began their scoffing. (The definition of scoffer from the Cambridge Dictionary is this: someone who laughs and speaks about a person or idea in a way that shows they think that person or idea is stupid or silly.) They’d scoff, and Noah would warn until the day finally came and the door was shut. I’ve heard many people today say that the story of the flood was just that, a story, an allegory. But after visiting the Ark Encounter, the evidence is astounding. And there are so many signs now, in 2021, that if you don’t see them, you’re blind. Signs that the Lord said would be evident as in the days of Noah. What are these signs?

Jesus has given all his followers discernment or eyes to see and ears to hear. Some people see and hear, some people don’t. Look, I have no idea when He’s coming for me. Could it be today? Yes. Could it be in 100 years? Yes. The point is that He is coming. In a moment. In the twinkling of an eye. If I’m wrong, we haven’t lost anything. But what if I’m right? Just get ready and stop arguing about it, will you? I don’t want you to be left behind.