Cobwebs in the Closet 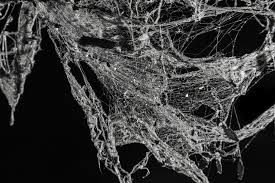 Are cobwebs forming in your prayer closet? Have you abandoned the whole routine? Have you covered those people for whom you’ve been praying with a white sheet and left them for dead? The reason we bid farewell to our prayer closet is that we think the process is no longer worthy of our time. Due to our neglect, it has become a space of stagnancy; that is, we’ve prayed to God for so long and have seen no movement whatsoever on His part, so we conclude that He doesn’t care, that He can’t hear, and finally, that perhaps He doesn’t exist at all. So, we close the door and lock it up.

Many men in the Bible prayed to God and too, felt ignored, abandoned. Job suffered much loss at the hand of the devil. Here’s his prayer:

“Oh that I knew where I might find Him,
That I might come to His seat!
I would present my case before Him
And fill my mouth with arguments.
I would learn the words which He would answer,
And perceive what He would say to me.”

What about John the Baptist, the most righteous man ever born? Feeling abandoned by Jesus and just before his beheading, he prayed this pitiful prayer:

“Are you the one who is to come, or shall we look for another?”

Listen to what David prayed while trying to escape the enemy’s pursuit:

“My God, my God, why have you forsaken me? Why are you so far from saving me, from the words of my groaning? O my God, I cry by day, but you do not answer, and by night, but I find no rest.”

And finally, God’s own Son, Jesus Christ, cried out to His Father this prayer while hanging on the cross and dying for the sins of all humanity:

In order to help us understand, Jesus told a story in Luke 18 of the Holy Bible about a Persistent Widow (this parable was also named, The Unjust Judge). A widow pled her case to a crabby judge who was neither interested in her plight nor cared anything about her. But because she pestered him with such frequency, he finally gave in and executed justice for her, not because he agreed with her or because he became fond of her. He granted her request only because he was sick of hearing her bellyache about it day after day.

The judge in this story isn’t God or satan or anybody else really but is merely a fictional character in a made-up story used to make a comparison. Even though this judge had no love in his heart nor cared at all for the widow’s well being, he granted her request. Jesus wanted us to realize how much more would our Heavenly Father, Who deeply loves and cares for us, hear and answer our prayers according to His will.

In our waiting and in our suffering, we must remember that His thoughts aren’t anything like ours. His ways cannot compare to ours. (Isaiah 55:8).

Like the widow, we must never weaken. Open that door, shed those sheets, clean those cobwebs, and pray like crazy!