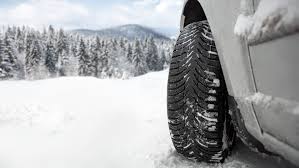 I’m in love. With my new Michelin tires. I needed them so badly that I can hardly believe I’m not sliding around on the snowy streets anymore! If you need them as badly as I did, you’re  really missing out. This little story about snow tires I’m about to tell explains the love I have for really good ones.

Back in 2009 or 2010, I don’t know exactly when; the date doesn’t matter, we’d had a huge snowstorm. Here’s a little background info…My then-husband and I used to take our dog to a giant field by our house to let her run around after being cooped up most of the day because we both worked outside our home. When the weather cooperated, we’d walk her there. When it rained or when it snowed, we’d drive her.

Well, this particular day, the snowiest day of the year, then-husband decided WE would drive her to the field. Not wanting him to go alone, I agreed with much reluctance. You know, we women have this, what is it? Intuition? As we drove out of our neighborhood, I wondered why I’d ever left the house to begin with. We barely made it out of our subdivision. This is a bad idea, I’d said to then-husband. It’ll be fine, he assured me. Men. Sometimes, they can be so stubborn.

Usually, when it snowed, someone came and plowed the gravel road that led to the grid near the back. Usually. This day? NO. (In the spring, our church used part of the field to tend a garden back there as well, and fed the poor with vegetables the garden produced. The electric company probably figured it could use a tax break and could also avoid confession.)

No tracks. That is an important piece of information to remember. Also remember that nearly a foot of fresh, heavy snow had fallen. This is a bad idea, I said again. Then-husband said we’ve made it this far and suggested we drive back there anyway. He assured me that the new tires on our SUV were good enough to handle it. So off we went, and rather quickly to avoid getting stuck. Success so far. Because he was probably a little fearful too, he made several tracks before stopping to let the dog out to pee, poop, and play in the snow for a few minutes.

Besides the noise of our car engine, it was eerily quiet. As we sat there watching Daisy, I was becoming more fearful by the minute. How would we ever get out if, indeed, we were stuck? Nobody would hear us for days. Ok, maybe that’s a bit dramatic, but it was cold out there! My mind raced. Eventually the car would run out of gas. We had no food or water. It would take hours, maybe days to dig out. (Okay maybe 1 hour)

At this point in the story, I’m sure you know what’s next. After coaxing Daisy back into the car, then-husband put the gear in Drive. Drive, we did not. Reverse, we did not. No matter which way he tried to go, the tires spun and the car wouldn’t budge. We tried to free ourselves for at least 20 minutes, and that baby wasn’t budging. Getting out of the car and slamming the door, then-husband trudged for home, in his slippers, to get the shovel. In the snow, it is maybe a 30-minute walk there and back, not counting the time it takes to open the garage, put on snow boots, and dig out the shovel. Well, there was absolutely no way I was going to sit in that car doing nothing with a wet dog in my face. Have you ever smelled wet dog? I swung both feet over to get in position. Forcing my rear end over the middle console was a feat in itself. Finally in the driver’s seat and with Daisy at my side, I began to rock the car. Reverse-rock-forward. Reverse-rock-forward. If my dog could’ve talked, I know I’d have heard her say, C’mon Mom! You can do it! I repeated this reverse-rock-forward process maybe 20 times. Beads of sweat oozed out on my upper lip as well as under my armpits. I was hot! I was determined! There was no stopping me now! Reverse-rock-forward! Reverse-rock-forward! Finally, feeling that the car was ready to give in, I smiled as it revved its final time and plowed forward. We were free! It was the most exhilarating feeling! Especially for a woman, if you know what I mean.

As I drove out of the field and onto the road, then-husband came into view waving his shovel. I stopped the car and rolled down the window so I could hear him asking, How did you do that? How did you get it out? I began to tell him and we laughed as he continued saying, I can’t believe you did that. That’s just one of those stories you never forget. You don’t forget perseverance. You’re determined. For whatever reason, you will not remain in that situation any longer. You have had it. So today, move! Get going! Do that thing! Like Daisy, I’m in your corner!