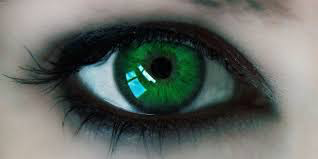 Is there a person in your life, either a close friend, spouse, family member, or co-worker who seethes at your prosperity? Do they see red when they gaze on your beauty? Do their eyes narrow in anger when they see you singing on the stage? Does that person become a fire-breathing dragon at work, wishing they could be in charge? Perhaps you’re receiving the social media attention they believe should be showered on them. It’s really blah-blah-blah at the number of scenarios I could generate.

Oh really, Suzanne, a killer? Come on. Aren’t you being a bit dramatic? No, I don’t believe I am. Jealousy is an emotion that festers when someone wants what the other person has, or it’s a feeling that something will be taken away; thus the phrase, she killed him in a jealous rage. If you don’t believe me, check out the countless stories featured on Dateline and on episodes of 20/20. These stories of jealousy almost always end in disaster. No matter how you slice it, jealousy is really hate in disguise. Now, you might not be the object of this psychotic type of jealousy, but really, ANY form of it is detrimental to both parties.

How do you know if someone is jealous of you?

First of all, there’s the look. The jealous person has the look down to a science. The sheer fact that I am telling you about the look says that I, too, have it down. Have you seen it? It’s in their eyes. That sneer. I’ve seen it hundreds of times with certain people in my life.

Second, they mask (apropos for these times) this ugly sneer with a cheap smile, but come on. We both know that if they could spew lethal venom on us without going to prison, they would.

Thirdly, their words give them away. With passive-aggressive tactics, they slay you with sarcastic and hurtful comments and then blame you by saying, You can’t take a joke.

Lastly, if they’re jealous of your new purchase, they give back-handed comments like,  Your new house is a great starter home, or I love your shirt, but my breasts are too big to wear that style. Ok enough of that…you get the idea.

How do you fix it?

No, I’m serious. You can’t fix it. At first, you might try to reason it out (don’t bother). You might wonder why a successful, talented, and educated person could be jealous of you. Since we can’t understand it, we try to please them. Our gut tells us beforehand when the look is coming, so to avoid it, we try to accommodate them in every way possible, to include them in whatever we’re doing, to help them with a problem, or to compliment them when we really don’t believe what we’re saying.

Nothing satisfies the jealous person. NOTHING. Even if the jealous person acquires everything you have, they will still be jealous. Why? Because their jealousy has nothing to do with you. You’re simply the object of it, the obvious person. Nevertheless, the sin of jealousy has made its home in their heart for whatever reasons unknown to you. Jealousy lives there and has become quite comfortable. So if you don’t mind receiving the look and the hurtful jabs to your heart, then go ahead. Go right on giving your attention to them; but remember those accommodations you make available to the jealous person, the problems you help to solve, the inclusions, the compliments you give? Yeah, maybe stop doing that and start praying for God to change their angry, envious heart. He can do it! Only He can do the impossible.

In the meantime, there are things you can do FOR YOU. Perhaps stop hanging around them so much. Curtail your weekly phone chats. Leave them and their jealousy to the Lord.

Check out these accounts in the Bible where jealousy and envy ruined some really significant relationships: