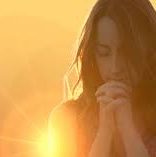 I recently returned from a two-week vacation in Florida. Yes, I went to the hottest, most humid climate the month of August has to offer; so sue me. I stayed with a dear friend, a mentor really, who has lived a life of pure adventure. Certainly, she has had bouts with illness and has suffered trials of many kinds in her 70-plus years, but she continues to live for God and still accepts his offers of service like she always has. She hears from Him in her spirit, and then He sends that person or organization to her so she can assist Him in His work. It’s supernatural, really.

She texted me the other day:

Good morning. Just wanted to let you know that the Lord keeps bringing to mind the Jabez prayer, prompting me to pray it over you. Love you.

After the warm fuzzies waned, I immediately wondered, Who in the world is Jabez? I had to know! Google, here I come. In my search, I found and ordered a very popular book called, The Prayer of Jabez, by Bruce Wilkinson. Because the book wouldn’t arrive until the next day (thanks to Amazon), and because I’m a bit impatient, I continued my search into this person’s life. Jabez was a male born into the tribe of Judah in Israel a long, long time ago. Jabez’s name means pain, which explains his mother’s choice of names and her probable excruciating birthing experience. News Flash: Birthing a baby is painful. But to lay that name on a child for life? Wow…If I had learned my mother’s reason for naming me after a word that means, pain, I’d have prayed too. Mr. Wilkinson, in his book refers to Jabez as the Bible’s Little Big Man. Jabez, a presumed nobody, prayed a prayer to God over himself, that’s hidden within the exhaustive list of Hebrew genealogies in 1 Chronicles 4 of the Bible. Needless to say, unless you’re on a mission to read the entire Bible, you’ll miss it. Here’s his wish-list:

Keep in mind that my friend is praying Jabez’s prayer OVER ME! What a gift! I’d like to take a deeper look into each of the prayers to which God answered, YES.

Bless me: Did you know that God wants to bless His children? Like parents of most children, they want to give their kids the best life can offer. Why? Because they love them. How much more does our creator, our Father in heaven want to give His children good things? His resources are limitless! All we have to do is ask! But because we can’t see Him, and because of circumstances and past hurts, we don’t really believe He would. I mean, why would He? We disobey. We lack trust. I tell you, none of that matters! If we are in right relationship with Him, we just have to believe and ask. Jesus even confirms this in John 16:23: “I say to you, whatever you ask from the Father, He will give it to you in My name.”

Keep Your hand on me: While God was enlarging Jabez’s coast, He wanted God’s protection. He learned that if any glory would come at all, it would be for God’s glory and not his own. God would do mighty things through Jabez so that God would receive the glory, recognition, accolades. It was God doing the impossible through a man fully surrendered. It was a man doing something so God-sized that “failure was guaranteed unless God stepped in.”  Talk about scary. Talk about vulnerability. Mr. Wilkinson says that “it’s not about man becoming great. It’s about man becoming dependent on the strong arm of God.”

Keep me from evil: We know that evil has become rampant in our day, but it was just as bad in Jabez’s day, ever how hard that is to swallow. The devil wanted nothing more than to win all people over to his evil side. He’s sly. He’s patient. He’s knows now as he knew then that his days on earth are numbered. He had work to do in Jabez’s day just as he does now. And he’s doing it. If you’re not being tempted by the devil, then you’re probably not doing the work of God. If the devil isn’t bothering you, there’s something wrong. God will keep us from evil if we ask Him! Don’t be caught by the traps of the devil. Pray beforehand. You never know what he’ll throw at you at any given moment.

And Jabez called upon the God of Israel saying,

“Oh, that You would bless me indeed, and enlarge my territory,

that Your hand would be with me,

and that You would keep me from evil that I may not cause pain!”

So God granted him what he requested. 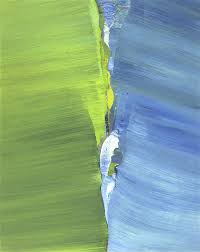 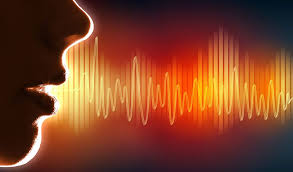